Planning for a Will, but don’t know how to make one!  Now, making a Will in Bhopal is as easy, as a cakewalk! Take a deep breath and just checkout our site. Here is all you want to know about the Will? Make it all by your own and we will do the registration & attestation work or just leave all the legal formalities with us. Trust us as your Legal Consultant/ Lawyer in Bhopal, for your Will!

Make your Last Will

You can’t necessarily escape death or a will! One of the factors which bring relief to any family after a grief stricken blow as death is to not have any sort of disagreements with the division of properties among the family members. So go ahead give a legal backing to your decision and save your family from unnecessary breakthrough! There are no formal requirements about who can draft a will. You can write one yourself. However, your will must be signed and witnessed formally, otherwise it may be considered invalid. In practice, most people use a lawyer. Unless your will is very simple, it is best not to write your own will. It is too late to correct a mistake after you have died.

A will or testament is a legal document by which a person (called testator) expresses his/her wishes as to how his/her movable and immovable property is to be  disposed after death, and names one or more persons – ‘the executor’ to manage the estate until its final distribution. Making a will is not an act of ‘giving up’ on life. It is the positive process of creating a legal document in which you formally specify:

There are many formal requirements to be aware of when you are making, changing or contesting a will.

Will In Indian Scenario and Effect of registration

In India, registration of a Will is not compulsory, even if it relates to immovable property. However, registration of the Will by the Testator can be an evidence of the genuineness of the Will. If one chooses to do so, the registration thereof provides evidence that the proper parties had appeared before the registering officer and the latter had attested the same after ascertaining their identity. Once a Will is registered, it is placed in the custody of the registrar, and, therefore, can’t be tampered with, destroyed, mutilated or stolen.

Who Can Make A Will?

Anyone in India who is –

Can make a Will and can dispose of all or any part of his property by Will. Here by Testamentary capacity we mean that, a person has to be of sound mind, can seek and understand his/her decisions, free from any influence and acting on his/ her own will.

How to go for registration?

A Will can be registered with the applicable registrar or sub-registrar of assurances, for a nominal registration fee. Once the scrutiny of the Will is done by the registrar or sub-registrar, and he is satisfied with all the documents, he will make an entry in the register book by writing the year, month, day and hour of presentation of the Will and will issue a certified copy to the testator. The testator of the Will and the attesting witnesses will have to put their signatures and thumb impressions in the register.

If the registrar or the sub-registrar refuses to register the Will, the testator or an authorised agent can institute a civil suit in a court of law with jurisdiction and the court will pass a decree of registration of the Will if it is satisfied with the evidence produced. A suit can only be filed within 30 days from the day of refusal.

Applicable laws and Special provisions in India regarding Wills!

Hindus, Sikhs, Jains and Buddhists Will: -

A Will is not revoked upon the marriage of a Hindu, Sikh, Jain or Buddhists. The executor can also be the witness to the Will.

Parsis and Christians Will: -

On the marriage of a Parsi or Christian testator, his/her Will stands revoked.

It may be noted that the provisions of the Indian Succession Act do not generally apply to a Muslim testator unless specifically stated in the Act.

In India, a person who is a major and of sound mind can make a Will and he can dispose of all or any part of his property by Will. However, there are two basic restrictions on the power of a Muslim testator to make a Will

-A Muslim can bequeath only one-third of his property by Will.

-The heirs of a Muslim testator may consent to bequest in excess of one-third of the testator’s assets.

A Muslim may change his Will during his lifetime or cancel any legacy. A Will may also become void if a Muslim testator, after making the Will, becomes unsound of mind and continues to be so till his death. Similarly, a bequest which is contingent, or conditional or in the future or is alternative to another, pre-existing one, would be void. If an executor is appointed by a Muslim testator, the powers and duties of the executor will be in accordance with the provisions of the Indian Succession Act. 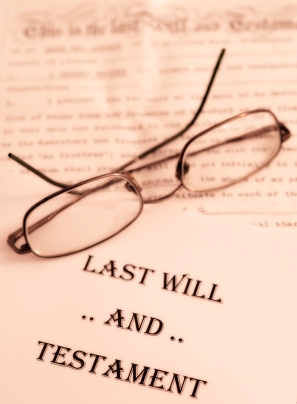